Kiev scammer with a Georgian-Israeli accent

One January night in Kyiv, a company called Milton Group threw a glitzy New Year’s party for its staff. To the strains of a pop-rock cover band, contortionists and fire-dancers whirled under neon lights as young salespeople revelled in the spoils of a record-breaking year selling investments in cryptocurrencies and stocks. The firm’s management distributed cash, cars, and other prizes. One star salesman got a free apartment for a year.

But the real business of Milton Group was fraud. And even as its young employees partied in Kyiv, their victims across the world were losing their homes and assets. 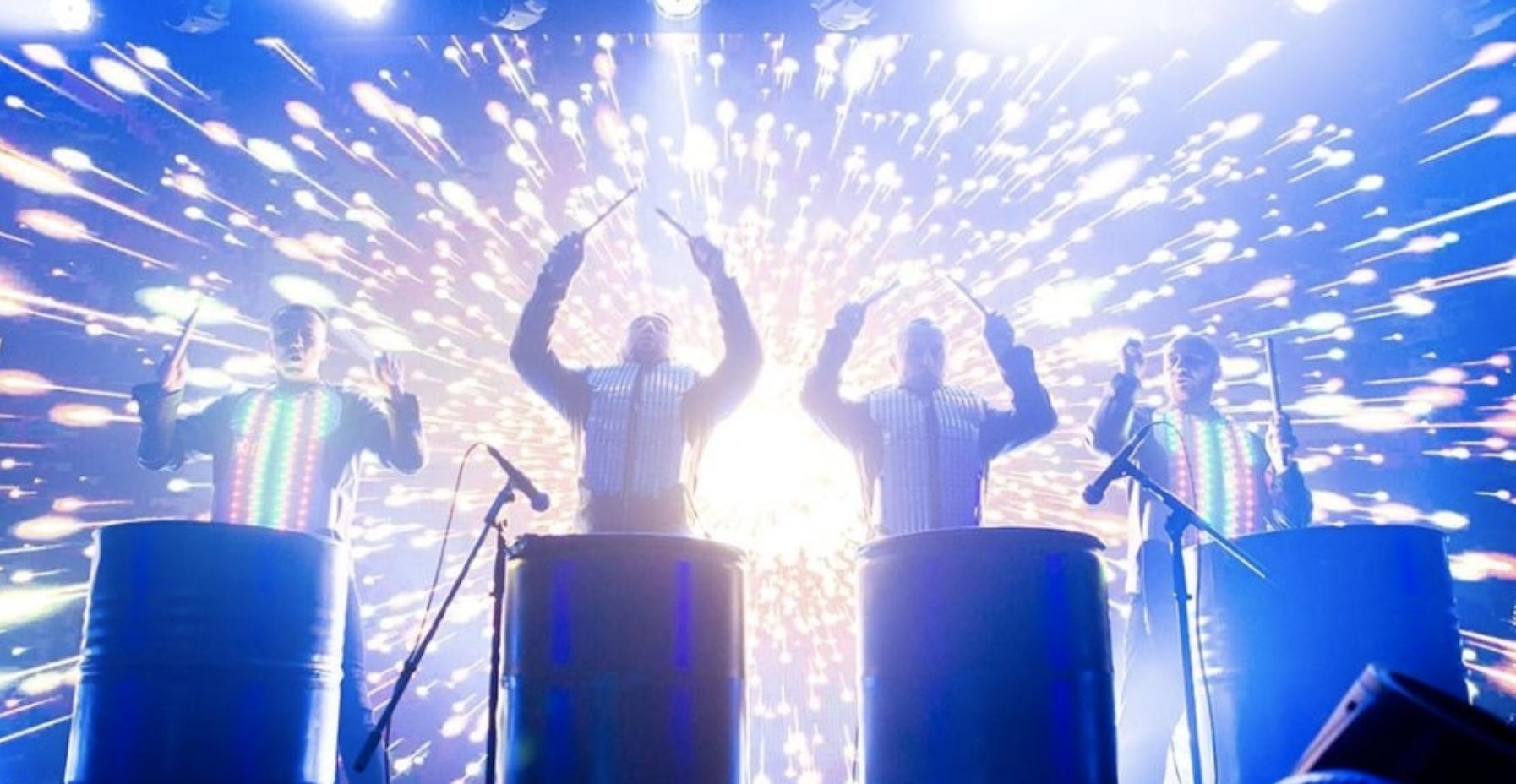 At some point, the most important people of the evening came out of the hall where the fun was going to take a general photo.

Looking almost identical in their dark suits and shaved heads, and surrounded by a cadre of bodyguards, they lined up in front of a backdrop of pine fronds festooned with golden baubles. “Happy New Year! Milton Group,” the festive decoration read.

This image, uploaded to Instagram by at least two participants, was not just a party memento, but an important clue to journalists that Milton’s activities extended far beyond the borders of Ukraine, where it had been orchestrating a boiler-room scam out of a Kyiv mall that duped victims out of their life savings.

Now, using evidence from social media posts, interviews with insiders, and undercover reporting, OCCRP can reveal that Milton Group’s Kyiv call center is part of a web of similar operations across several countries that employ an army of salespeople to hawk dubious investments to victims around the world. 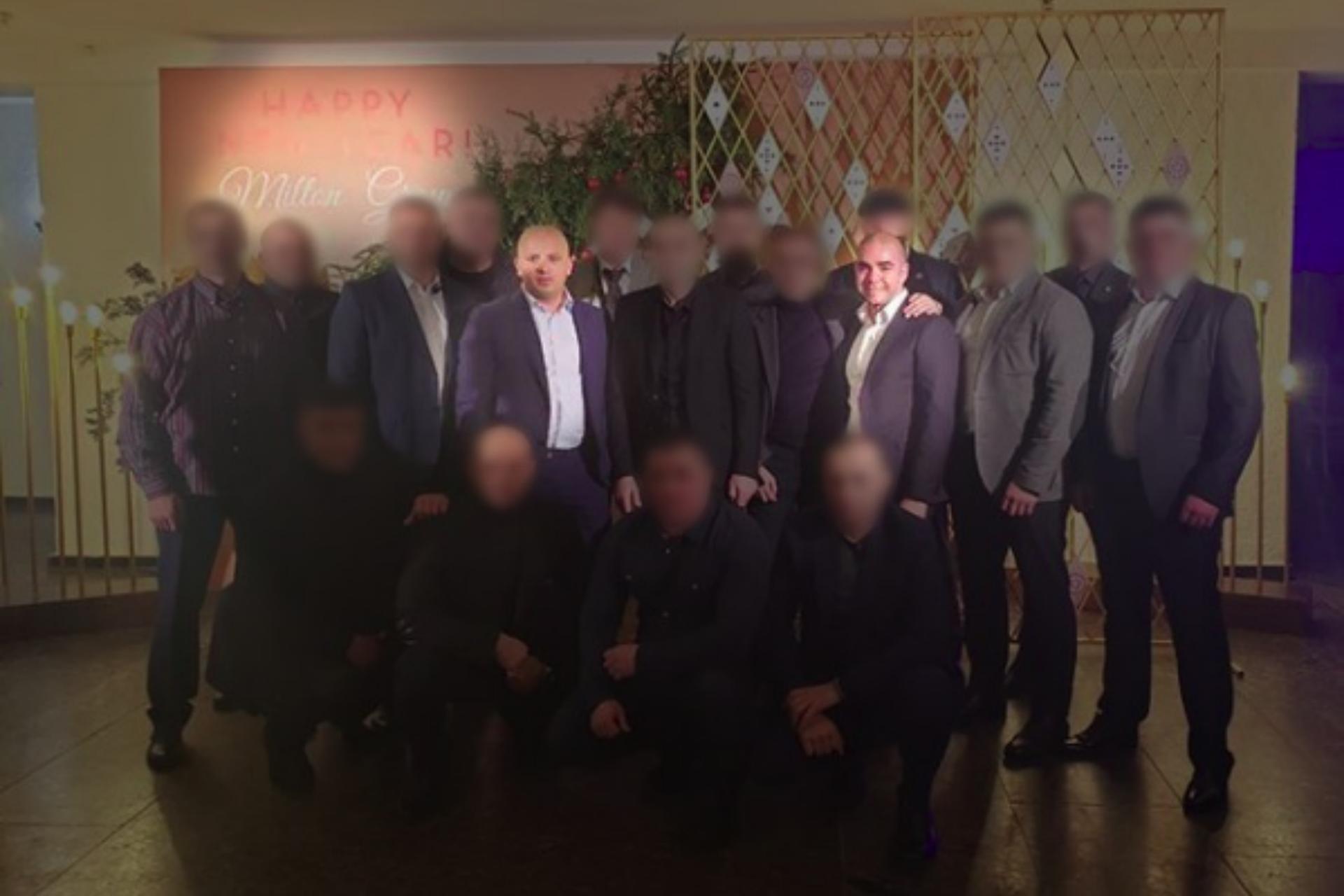 Image: Instagram  / A picture from Milton Group’s New Year’s party in January. David Todua is highlighted at left, and Amant Josifi at right.

In the Instagram party snapshot, an official adviser to Albania’s defense minister stood in the center row. Close to him was a man named David Todua.

Todua, a Georgian-born Israeli citizen, was already on journalists’ radar due to the testimony of a whistleblower from inside the call center, who named him as an important company official who visited its offices in Kyiv. The whistleblower also reported the case to Swedish authorities, naming Todua as the man behind the operation.

Although no official documents connect Todua to Milton Group, he owns the online payment platform that was used to handle payments from people being scammed by Milton. (Todua strongly denies any formal or informal involvement in Milton Group.)

After handing a cache of internal documents to journalists, the whistleblower agreed to return to the Ukrainian capital to attend — and secretly record — the firm’s annual new year’s party, which promised to be lavish.

The theme was “The Great Gatsby,” the classic American novel of Jazz Age excess, and the event featured elaborate performances, neon lights, and prizes of cash and cars. There were also speeches by the firm’s leadership and the presentation of a birthday cake studded with three candles, marking Milton’s anniversary of operations.

Milton Group CEO Jacob Keselman fawningly thanked “David” — whom he referred to as the “father” of the company — and presented him with a gift along with the festive cake. The whistleblower, who attended the event, identified this “David” as David Todua. (Todua confirmed to journalists he had attended the party, but only as a guest of Keselman. Keselman, for his part, told journalists he did not know Todua.)

Keselman also hinted at the existence of a wider Milton network when he formally welcomed attendees from Macedonia, Albania, and Georgia to the party. 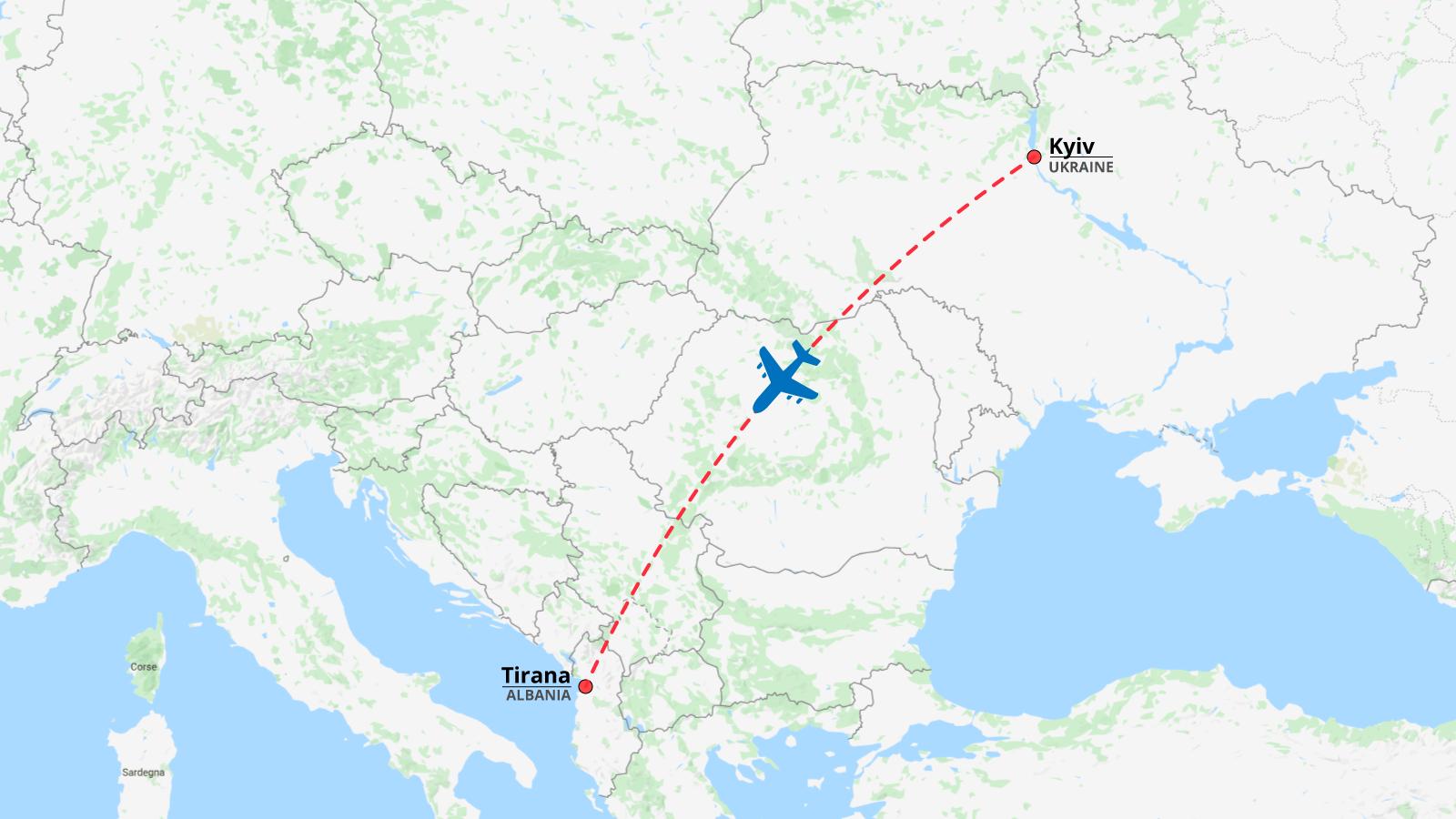 From Kyiv to Tirana: “I Know We Cheat People”

The Great Gatsby fete wasn’t Keselman’s first holiday party of the season. In December, according to social media postings, he had attended another corporate celebration, this one in the Albanian capital, Tirana. There, he posed for selfies alongside a tall man with distinctive blond coloring, identified on social media as Andrii Romanko and tagged with the Albanian flag. 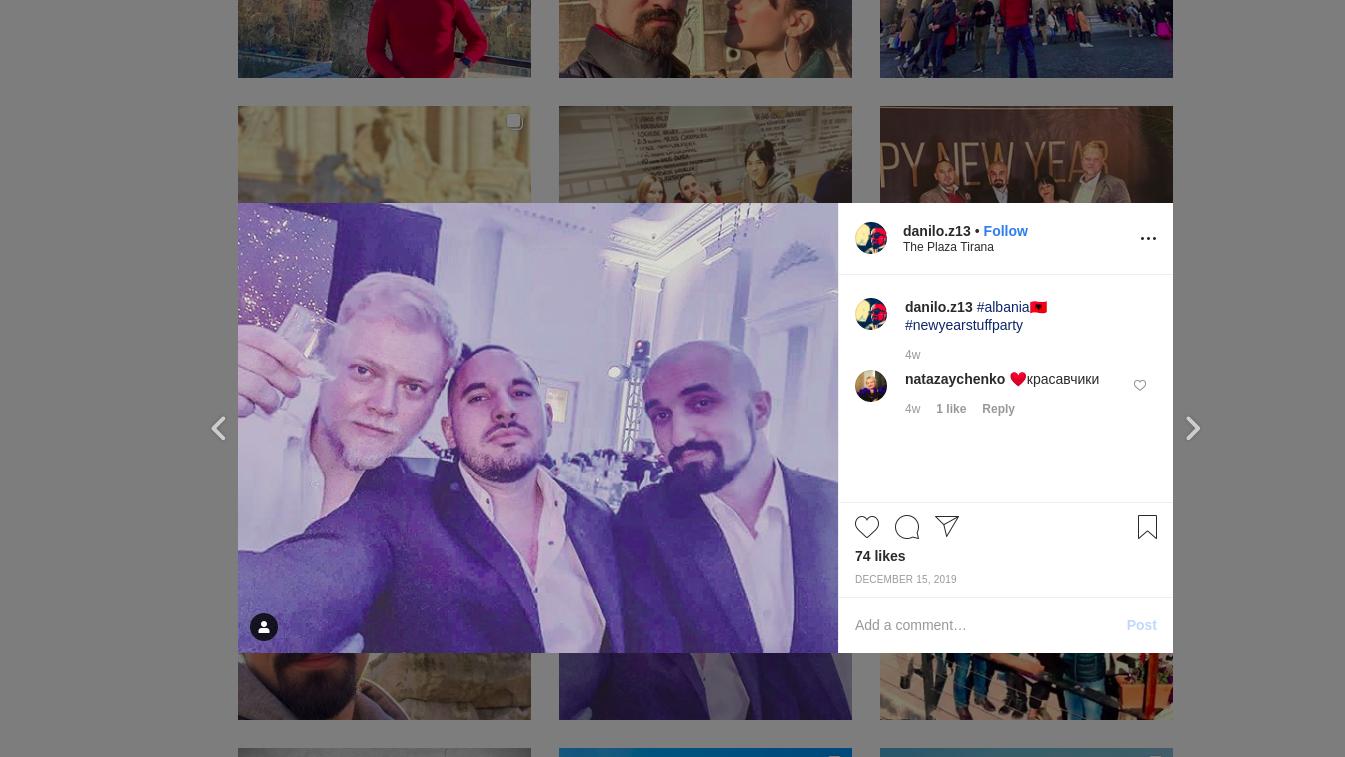 The blond man looked familiar to reporters. He had also been photographed alongside Keselman on a number of other occasions, including at Milton Group’s 2019 staff New Year’s party, a similar party at a hotel in Tbilisi in December, and even in casualwear on a beach.

Following a tip that a new call center had opened in an office building on the outskirts of Tirana, a reporter for OCCRP filmed the same bearded blond man emerging from a high-end coffee shop on the ground floor. The offices were heavily guarded and equipped with security cameras.

Company documents provided by an insider, and seen by OCCRP, reveal that the center has been run by two firms, CTA Groupe Shpk and APA Liaison Shpk. CTA Groupe is owned by APA Liaison, which is fully owned by Amant Josifi, the same Defense Ministry adviser who had been pictured with Todua.

The 31-year-old Josifi has powerful connections in Albania. He has been an official adviser to the Minister of Defense since December 2017, when he was appointed by Olta Xhaçka, a member of Prime Minister Edi Rama’s Socialist Party.

Josifi is also a former business partner of the prime minister’s brother, Ols (Olsi) Rama, with whom he co-owned a telecommunications and telemarketing firm, Pegasus Communications Shpk, until Josifi sold his shares in December 2017.

His mother, Pranvera Strakosha, is a former judge who is now the Commissioner for the Oversight of the Civil Service, an ombudsman charged with protecting the rights of government employees.

In response to questions from OCCRP, Josifi confirmed that he owned a call center in Albania, and that he had attended the Milton Group party in January. But he denied any formal ties to Milton Group and said his center was entirely unrelated.

He said he was “simply on vacation” in Kyiv during the time of the party, and was acquainted with David Todua.

“I first met Mr. Todua in Israel, and then at some events,” he said without elaborating.

Josifi insisted that any mention of an Albanian call center at the Milton party did not refer to his own business.

He did concede, however, that Romanko had been employed as an “operator” at his call center since 2018. He insisted that Romanko did not work for Milton Group in Kiev. 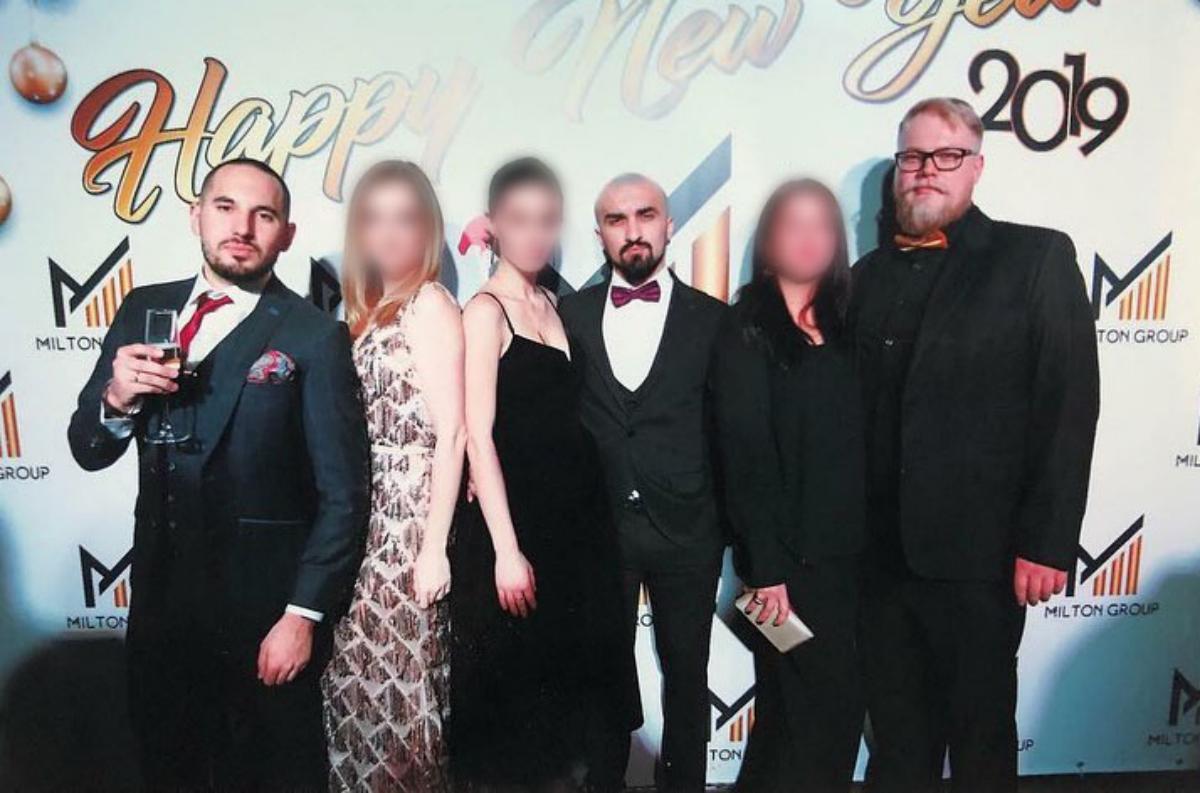 The call center insider, who spoke to OCCRP on condition of anonymity for fear of reprisals, said Romanko was a frequent and important presence in the office and was responsible for providing salespeople with lists of potential clients’ phone numbers.

OCCRP has seen no documentary evidence that the Tirana center employed the same techniques as the Kyiv one, or defrauded anyone.

The insider did, however, tell OCCRP that the center’s operations were structured much like in Kyiv, with hundreds of young salespeople making up to 500 calls a day to clients around the world, trying to convince them to send money for investments that did not really exist. They made a minimum of 300 euros a month, with bonuses for bringing in more cash. As in Kyiv, different “desks” targeted speakers of different languages.

Workers sell these investments through so-called “brands,” each with its own website carefully designed to make it look like a plausible financial firm. The insider said the Tirana call center had recently been hawking three different brands: CryptoKartal, AurumPro, and Virtual Stocks.

“I get people on the phone and show them a video showing various people earning millions of euros by joining a Bitcoin stock exchange, and I tell them it is a good chance for them to earn,” the person said.

“I know we cheat people.”

The insider also described a two-phase process similar to that in Kyiv, with one group of salespeople using new “brands” to reel clients in and obtain an initial investment, and another group keeping them hooked and wringing more money out of them.

“They get everything they [customers] have,” the person said.

Spanish authorities have warned consumers that CryptoKartal is not properly licensed as an investment broker; Virtual Stocks and AurumPro have been similarly red-flagged in Italy. A Spanish woman who appeared on a leaked list of Milton Group’s “customers” told journalists she had lost $300 to Cryptokartal. (It is possible that other scam call centers are also marketing this brand, and OCCRP has seen no evidence that the victim was contacted from Albania.)

Josifi did not directly respond to questions about whether his center was marketing CryptoKartal, Virtual Stocks, or AurumPro. He said he had placed the business in a passive trust after taking up his government position as defense ministry adviser, and was no longer directly involved in its management. 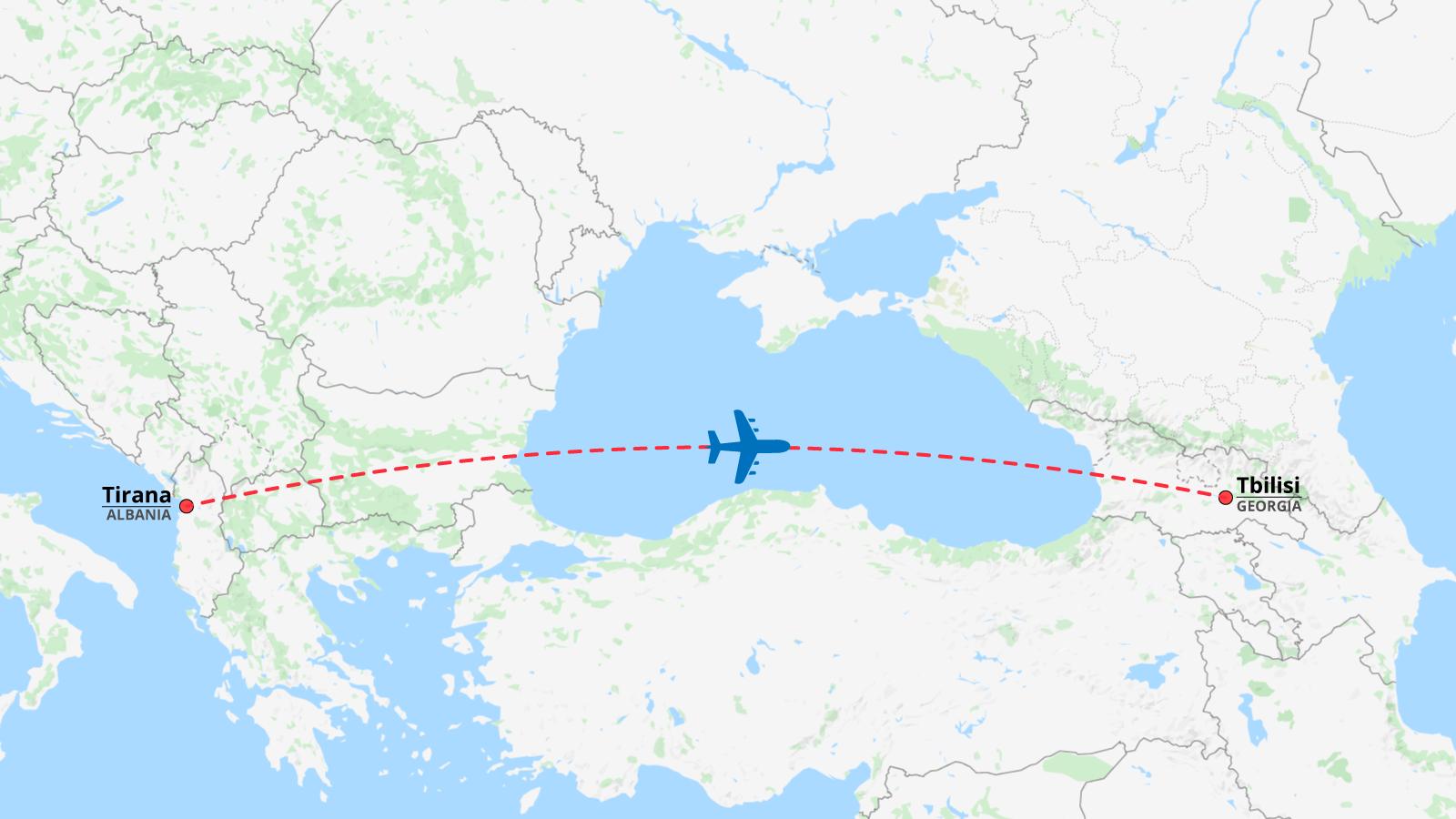 From Tirana to Tbilisi: “When they lose the money it stays with us”

Another figure kept popping up in Jacob Keselman’s photographs of Milton Group events: A slight man with a dark goatee who was often tagged with an emoticon of the Georgian flag. He went by the name “Danilo Z” on Instagram.

Danilo Z appeared with Keselman and Romanko at the beach and at the New Year’s party in Tbilisi — this time snapped against a backdrop emblazoned with the name “Morgan Limited.” 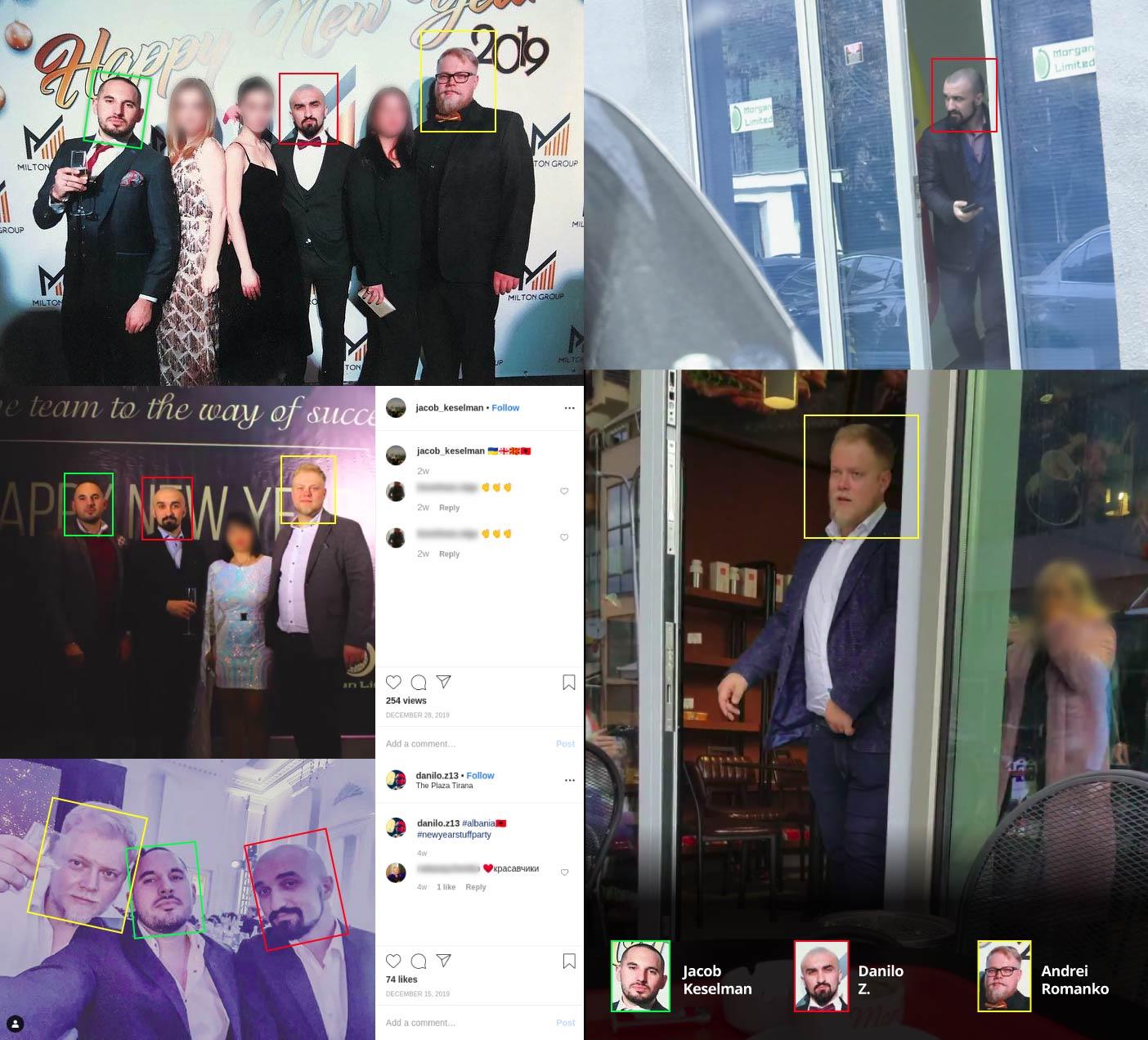 This company has other Milton Group ties, too. Morgan Limited is registered as a call center in Georgia, but it is owned by a Ukranian woman, Natalia Plutenko. She is the former director of a Ukrainian company, Ukrshid, whose sole shareholder was a man named Vladislav Voronin, according to Ukrainian company documents.

A person of the same name is now the director of another Ukrainian company, TOV Easy Way Group, which is wholly owned by Irakli Dadivadze — also the owner, on paper, of Milton Group. TOV Easy Way uses the official email address accounting@milton.com.ua and is based out of the same office. (Neither Milton Group nor Morgan Limited responded to a request for comment.) 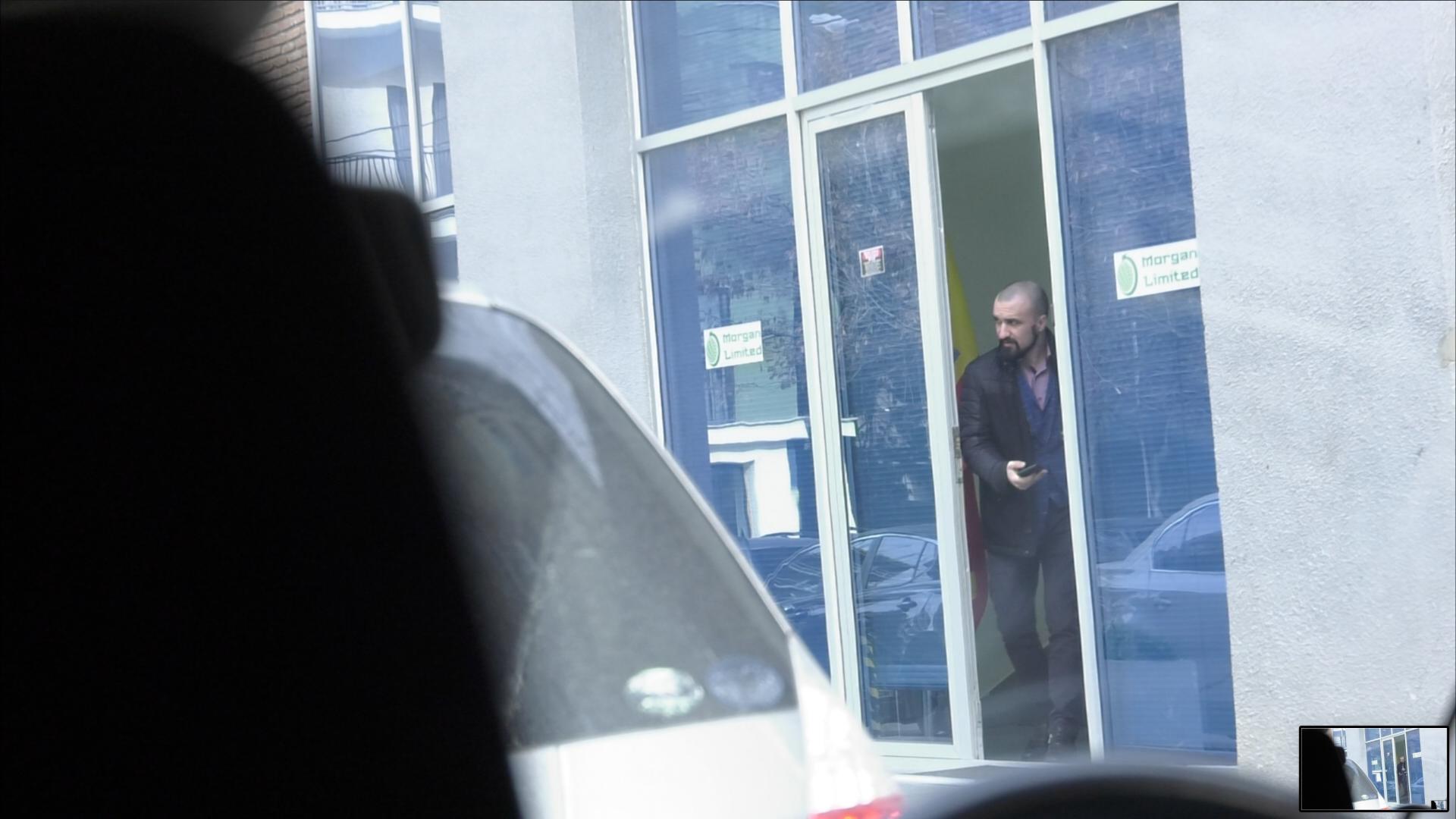 An undercover reporter applied for a job at Morgan, which frequently advertises for new sales staff. At her job interview, she was told the company employed German-, Russian-, and English-speaking agents selling financial investments in currencies, cryptocurrencies, and more. “We maintain daily contact with Ukraine [branch], and our branches are tightly knit,” the reporter was told.

Applicants were also told the center did not target citizens of the United States or Canada, a policy of the Ukrainian call center as well. US law enforcement has been particularly active in prosecuting the types of scams operated by Milton Group.

The journalist was invited to a training session held for prospective staff. She was shown into a small room equipped with security cameras, as well as a blackboard scrawled with notes on how to target prospective clients.

There, new salespeople were put through the paces by a trainer who taught them how to “KYC” — “Know Your Clients” — by asking questions to draw out their interests in conversation.

They were instructed to weave a sales pitch around the clients’ needs, their family situation, or even their supposed national character.

“Why is it important to Know Your Clients? To use this information against them,” the trainer said.

“Many agents don’t pay attention to the country, but trust me, the country is like 20 percent of all information,” she continued, explaining that South Africans were easy targets and good for novice salespeople to practice on, while British people were harder sells and required a “strong” touch.

“With the Netherlands, for example, I need to be cheerful and polite. When it comes to Scandinavia, I need to be nice, sweet, speaking with words like ‘darling,’ ‘honey,’ this is this, this is that. But in the UK you need to be very professional.”

Early on in the session, the trainer explained that the call center wanted its customers “to lose their money in a realistic way.”

Asked why, she laughed: “It’s naive to ask, to be honest. When they lose the money, it stays with us.”